Being an American shop, we find that most of the newer frames we get in are made in the US, with the occasional exception of the international companies like Natuzzi and Roche Bobois. Vintage pieces from the 60s and 70s will often be Scandinavian designs, some of which were actually made in Denmark but more often outsourced to Asian manufacturers. It’s a rare day that we get to see an antique piece that has any evidence of being made overseas.

A few years ago we had a settee come in that the customer said was shipped from France in the teens (1910-1919), and the bottom of the seat still had the address and shipping information on it. We thought this was going to be our ‘unicorn’, with such a great personal story attached and proof actually on the frame.

Imagine our surprise and excitement when we found handwriting and dates on the sofa we got in recently. The writing was hard to decipher, and definitely not in English, but the dates 1937 and 1946 were clearly written in wax pencil on the muslin cover.
Further research found that the writing was Swedish, and said something to the extent of “so-and-so worked on this next”.

The frames also had makers’ tags on the underside with a name and city of origin. Real Swedish antique furniture! And the way they were built was a beautiful example of vintage upholstery padding and style. All of the original horsehair padding was intact beneath the muslin cover, and all of the seats and arms were hand built using traditional materials and mattress stitched burlap.

The carvings on the arms and feet had similar motifs to American antique furniture, with ball and claw feet, and acanthus leaves on the arm fronts. The dogwood flower on the front of the arm is slightly more unusual and may be indicative of the area where it was made.

All in all, a very exciting project, and an unusual set of furniture to find this far from its origins. 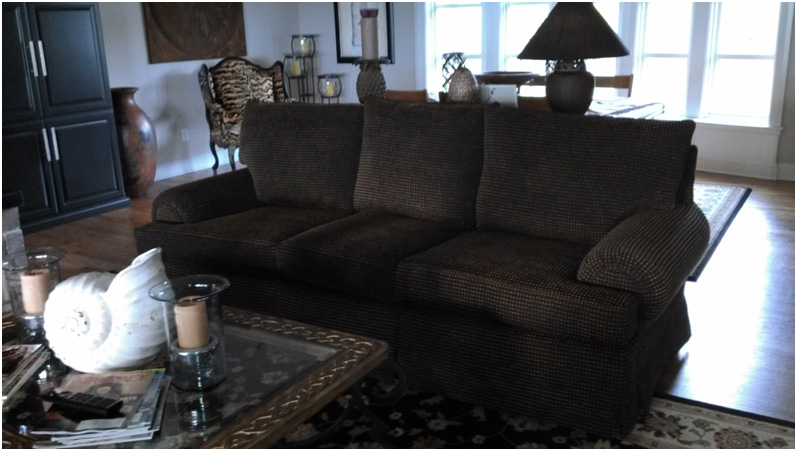 Our clients chose a black and brown Robert Allen fabric for a custom sofa built completely to their specs.  The[...] 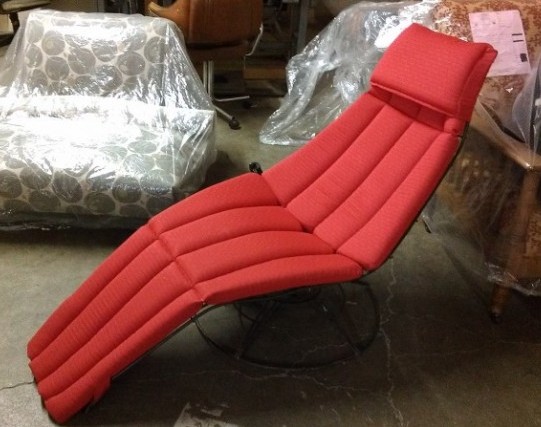 A real challenge this week:  Mid-century outdoor furniture.  Most of these cushions didn’t survive outdoor use over the years, so[...] 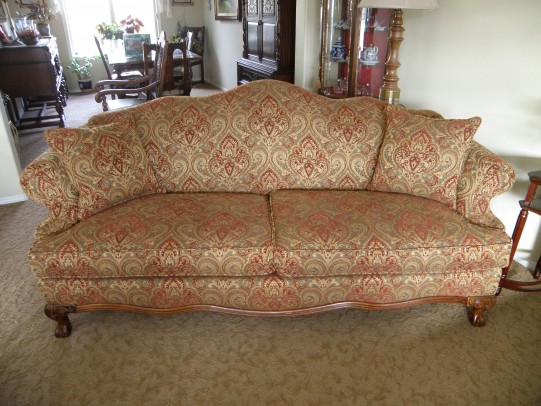 Don’t be afraid of big patterns!

We wind up doing a lot of solid and small patterns here at Rose City Upholstery, so when we[...]

No comments to show.